With the NBA draft lottery over with, the teams are in place and it’s time to start legitimately prognosticating how the June 23rd event will play out. The Orlando Magic were the big winners in the draft lottery, earning the #1 pick for the 4th time in franchise history, previously selecting Dwight Howard, Chris Webber, and Shaquille O’Neal.

The Oklahoma City Thunder will be an interesting team to watch in the 2022 NBA draft preview as they have three picks in the first round including two within the Top 12. The Pelicans also pick #8 and if they can get Zion Williamson back in 2022/23 that’s two big additions that could impact their NBA Vegas Odds after making the playoffs this season.

There’s not much to the 7’0, 195-pound Holmgren but he’s still only 20 years old and will have plenty of time to bulk up with a professional training regimen. Holmgren couldn’t lead Gonzaga to their first-ever National Championship this season despite being ranked #1 again for the majority of the season. Still, he put up 14.4 points and 9.9 rebounds a game even though most of the Bulldogs’ wins were blowouts.

Banchero has the pedigree after playing a season at Duke with Hall of Fame coach Mike Krzyzewski. The 6’10” 250-pound freshman has the frame to become a top-notch defender, something he is definitely not right now. Banchero’s offensive skillset – scoring 17.2 ppg in a stacked Duke lineup – will have him a day one contributor in the NBA.

It’s not fair to compare anybody to Giannis Antetokounmpo, but there are things that put Smith, Jr. in the wheelhouse. Scouts are saying he’ll be positionless in the NBA – which is a good thing playing anywhere from 1-5. He’s quick and huge (6’10”, 210) and can score (16.9 ppg) plus play defense making him an elite prospect.

Some form of Holmgren, Smith, and Banchero is going 1-2-3 and either one of them could be taken 1st by Orlando in the 2022 Draft.

Things get very interesting after the top three picks, with rumors of five different players going at #4. It’s going to be an interesting draft so make sure to tune in on June 23rd. 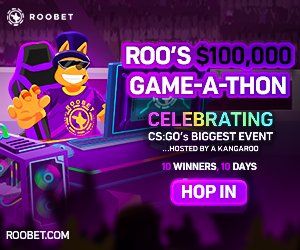