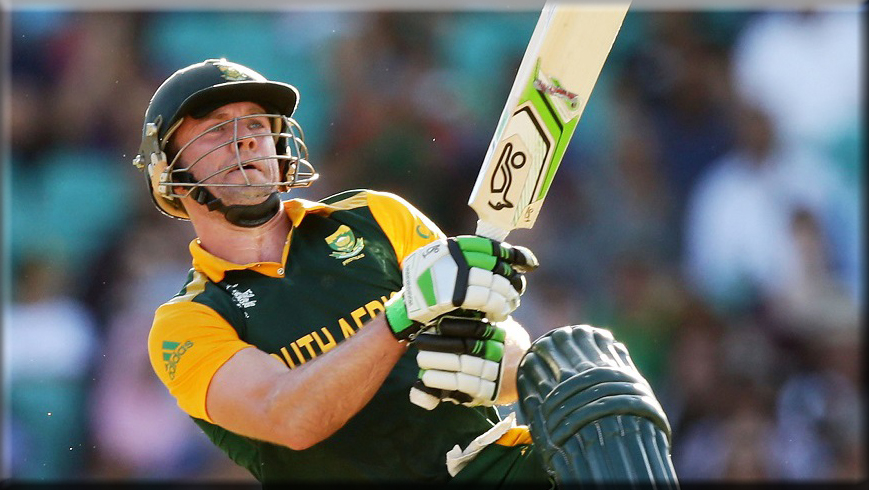 While we think AB De Villiers suddenly we remember about Delightful drives, breath-taking reverse sweeps, electric fielding and running between the wickets. ABD rules the batting world in Test cricket also,He always played as attacking stokes.His speciality is commit to the stroke after the ball has pitched, he is genius to like this play.On the ground field he is an athlete and exposing quick and thrilling attitude. De Villiers has been set for all formats of cricket matches. He can hit a 59 ball 102 runs and 228 ball 43 runs.

Some of the cricket players rise to the top constitutes in hours of perseverance and hardwork,but some of them like Abraham Benjamin de Villiers has both the attributes set to maximum, and then some. He can played both as an first opener and as a lower order wicket keeper or batsman and he proved his value by scoring 460 runs in his first foreign tour to the Caribbean Islands in 2005.

After that he travelling well in the team and continue his superb unbeaten 278 runs against Pakistan in Abu Dhabi in November 2010.He has been captain of their ODI and T20I team in June 2011.