United States (US) National soccer team star player Alex Morgan has become a mom of girl baby in the time of Mother’s Day.

READ | Beautiful Cheerleaders from all Over the World

Servando Carrasco,husband of Morgan he is a midfielder of LA Galaxy and they are already announced they were expecting first child on April.

Morgan wrote an her Instagram post, “Charlie Elena Carrasco made her grand entrance into this world. Really she made us wait longer than we expected, but I should have known she would do it her way and her way only. My super moon baby.” 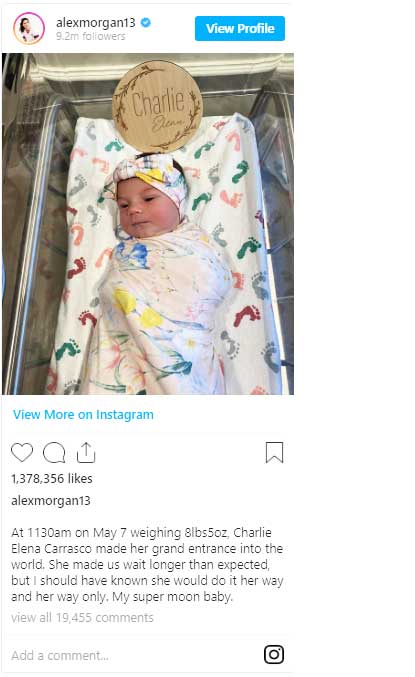 Alex Morgan was participated in the U.S. team while they won the world cup in the last summer in the France. Now she is expecting to join the team after her maternity period complete and to join Tokyo Olympics in 2021.

Alex Morgan and Servando Carrasco met at the california university while they both played soccer and they married on the year 2014.