Copa America Football: Lionel Messi’s 100th game Argentina beated Jamaica in 1-0 in the national team on Saturday, and reached first place in its Copa America group. In the schedule Argentina reached seven points with the victory in Group B topper, with two points more than Paraguay. Last time Defending champion Uruguay ended with four points but advanced as one of the best two third-place as finishers.
Argentina’s Striker Gonzalo Higuain scored an 11th-minute goal for the title favorites, which had already secured a spot in the quarterfinals of the South American tournament. 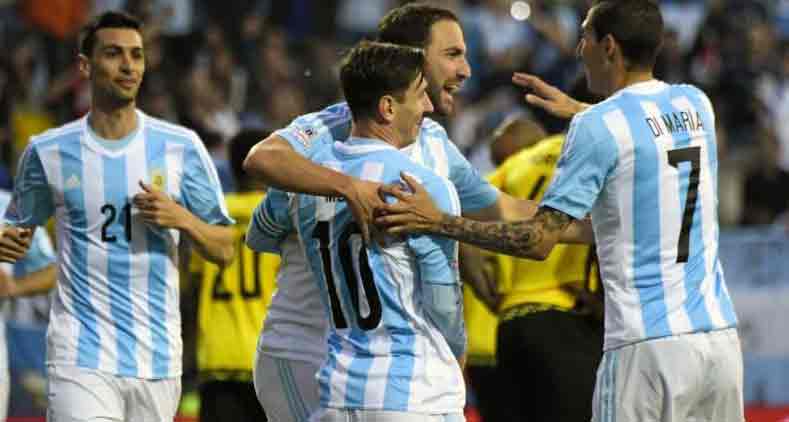 In the Copa America Match Jamaica team, eliminated before the match started, finished the tournament with zero points and no goals scored by their team.Now the situation is Argentina will get to play the quarterfinals against the second and third place finisher in all three stage groups.

Argentina coach Gerardo Martino said, Really “The second half of the match was boring”.

Messi said, “We reached our first goal, which was to advance in the first place”.

Highlights of the match : After the final whistle, Jamaican striker Deshorn Brown was seen taking a selfie with the Barcelona star before the teams left the ground.Jamaica’s German coach Winfried Schafer said, “In the first half we had too much respect for Argentina team,because they are the second-best team in the world”.