FA Cup: In the Arsenal vs Portsmouth match Arsenal beat Portsmouth in 2-0 win at the Fratton Park. In this match Eddie Nketiah and Sokratis Papastathopoulos scored a goal to help Arsenal victory.

Portsmouth has a unbeaten team in home town and they has the first half better and after Sokratis Papastathopoulos and Eddie Nketiah made a brilliant goal to lead Arsenal after the break session.

Read More | Beautiful Cheerleaders All Over the World 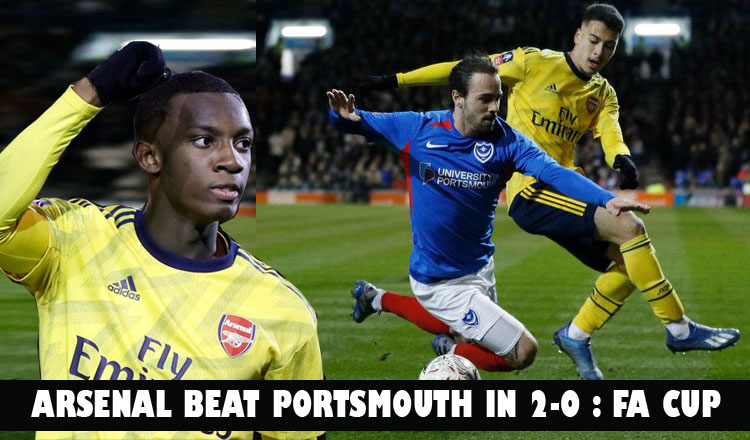 Arsenal team they changed their strategies, they think slow start was even not helped them while Lucas Torreira was floored and move out by stretcher and replaced by Dani Ceballos.

After that fourth minute Arsenal corner was getting cleared to Dani Ceballos, he played in the England Under-21 international.

In this match Arsenal coach Mikel Arteta made nine changes in the team including the captain Pierre-Emerick Aubameyang, this happened a good response to crush the opponent team and they has a chance to live in the FA Cup.

They played much faster out of the blocks in the second half after break and they get advantage soon after when Eddie Nketiah finished well from the close range.

Get More Latest Football News and Sports News Keep Stay With us.