The Man Sachin Tendulkar been Lifted on the shoulders by his team mates after the 2011 World Cup Victory. For this Indian Cricket Fans voting Sachin Tendulkar to get maximum number of votes to get Laureus best sporting moment in the last 20 years. 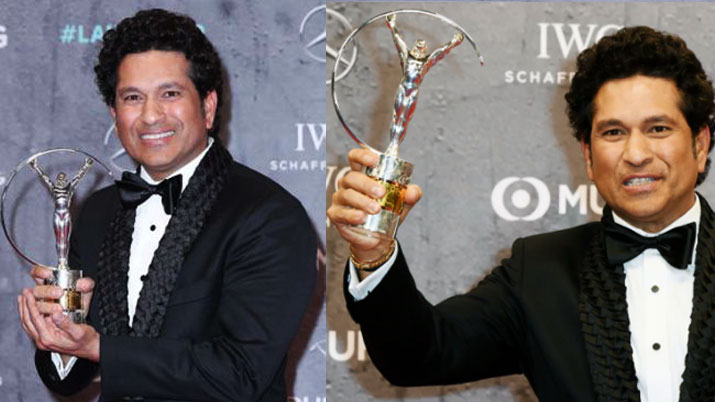 Sachin Played in his sixth and last World Cup series with his long term Cup dreams and the skipper Mahendra Singh Dhoni smacked Sri Lankan fast bowler Kulasekara Ball out of the ground with the winning six.

Tennis legend Bros Becker announced the name of the winner at the lighting ceremony and the former Australian skipper Steve Waugh handed the trophy to Sachin Tendulkar hand.

Once this completed Sachin Tendulkar said,

“It is really incredible.It is the real feeling to winning the World cup and can’t express with words. It is rarely the entire country celebrates.” 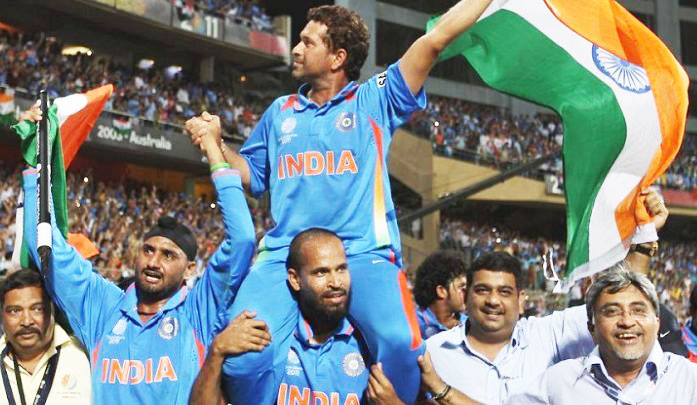 Tennis legend Bros Becker asked to Tendulkar to share the emotions,
” I start my journey in the year 1983 while i was 10 years old India won the world cup. But at that time i did not understand every one has celebrating and i also joined with them.

“It was really the proudest moment in my entire life, to hold that trophy which I waiting for 22 years but I never lost hope. Finally i got it.”

“Today i am sitting in this room with so many young athletes, some of the youths did not have everything but they should catch the best of everything they have

I wish them for inspiring youngsters to select a sport of their better choice and move to their dreams. This Sporting Moment trophy belongs to all of us, it’s not just for me.”

The Info Sports World is now on Pinterest. Click here to join our channel (@infosportsworld) and stay updated with the latest
headlines For all the latest Sports News, Connect with Our Twitter.