The masked Russia supporters charged at England fans, they punching and kicking them, after the final whistle of the 1-1 Group B draw at the Stade Velodrome in Marseille on Saturday 2016.

For this incident Russia’s fans were also involved in this violent clashes with England supporters in the port city before and after the match. 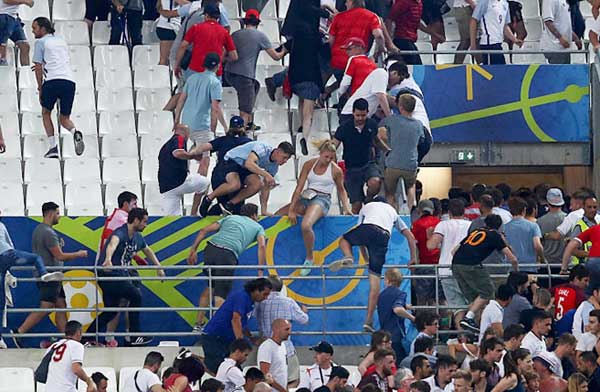 The French police has arrested 40 suspected Russian hooligans is under way.

“Drinking alcohol bottles in the streets has been banned in Lens”.

In this violence in the stadium has followed three days of clashes between the English, Russian and French fans in the Mediterranean port city that drew a strong response from the riot police.