Argentina professional footballer Diego Maradona dies of heart attack at his home located in the border of the Buenos Aires. Before two weeks he took an operation in his brain for blood clot in the hospital at Buenos Aires. It is noted that he had some other health problems also.

This soccer legend was considered as one of the greatest players of all time. He dies of heart attack in his 60th age, in early 2000 he nearly went to death because of heart failure.

He took cocaine and also he was seriously addicted to alcohol, overtaking of foods and habit of taking drugs for years. In 1994 World Cup he was dismissed from the soccer team for taking drugs.

In the history of soccer he was one of the great players and under his captaincy the Argentina team won the World Cup in 1986.

Alberto Fernandez, the president of Argentina declared a national mourning for 3 days after the death of the legendary player Diego Maradona.

0
The Liverpool captain Jordan Henderson at the age of 30 got injury while he playing with Everton, at the match they defeated 2-0 to... 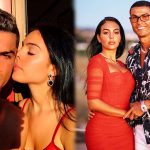 0
The Juventus star Football player Cristiano Ronaldo breaks the COVID-19 rules of Italy and the police were investigating about the issue. Also Read | Beautiful...