IPL 2017 : Gujarat Lions is one of the best IPL team and they have best player squad to hold the cup.Gujarat Lions reached top in the point table of the last season IPLT20 2016 and they played knockout games. 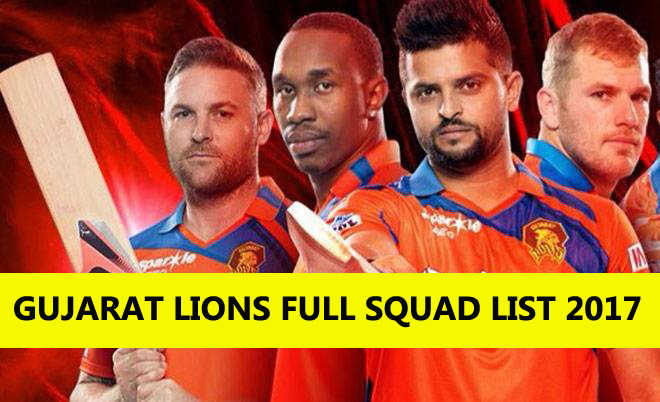 Gujarat Lions is professional T20 cricket players they competes in Indian Premier League and the player is coming from Chennai Super Kings and Rajasthan Royals.The official slogan of the Gujarat Lion team is “Jalsa Jeet Ka”.

In the last season IPL 2016 Gujarat Team has reached third position as overall.Rajkot is their own stadium and the team has officially named as “Gujarat Lions”

Below is the list of players of the Gujarat Lions Team for vivo IPL 2017.