Here we are listed Highest Run scorer in IPL History with player Name,Team,Matches,Inns, Runs,HS,AVG, S/R,4s ,6s etc. In our list Royal challengers Bangalore team Captain Virat Kohli as first position with 5151 runs. He is also Indian Cricket team captain and every one called him as Run machine. The second position goes to Suresh Raina. He has played Gujarat Super Giants and Chennai Super Kings. In this IPL 2019 12th season he is in CSK as wise Captain. He is left hand batsman and spinner. 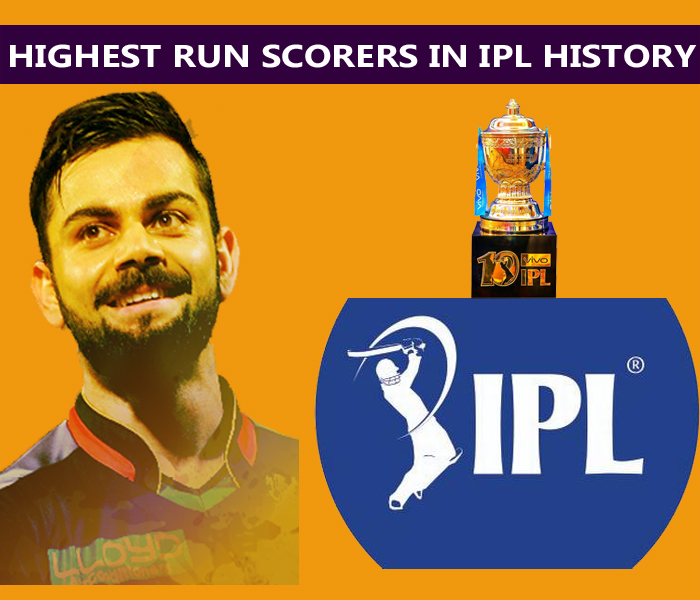 Get the latest news about IPL news,Schedules,Scores,photos,Videos