The growing young Indian Shuttler Lakshya Sen faced a back strain during his training and has not able to took part in two Thailand events in this month.

Doctor advised him to take rest due to his back injury. In 2019 the 19 year old won five titles in senior circuit in which two includes the BWF World Tour Super 100 top honours SaarLorLux Open and Dutch Open.

The PPBA director and former India coach Vimal Kumar said to PTI, “Due to the back strain during his training Lakshya was not able to take part in the two games in Thailand”.

In between January 12-17 and January 19-24 Thailand will conduct two Super 1000 contest. The 2018 Youth Olympic Games silver medalist Lakshya will not took part at least in the second contest because of the quarantine rules.

In October he participated in the Denmark Open and later he took part in the SaarLorLux Open as a defending champion but he was compelled to withdraw the game.

After reaching Germany his father and coach DK Sen tested positive for COVID-19.

The former Indian coach Vimal said that,” Lakshya was not able took part this year because to participate in these two events the player must take one week quarantine so he must reach Bangkok by January 4.

At the same time the Olympic stars like Saina Nehwal, B Sai Praneeth and Kidambi Srikanth  joins the Indian team and start their journey on Sunday to reach Thailand to participate in the back to back BWF World Tour Super 1000 events. 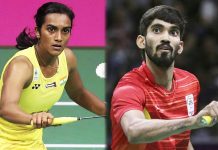 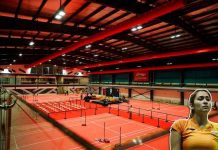