After the successful win over Chennai Super Kings, Delhi Capitals don’t want to make any change in their team members. This remarkable winning start makes both the openers happy but due to his poor start Shimron Hetmyer will get another chance.

R Ashwin was lack of full fitness so he may miss the upcoming games. Ashwin’s withdrawal can make changes in Delhi Capitals lineup. The expensive Avesh Khan missed many catches so he may get another chance.

For more | World Famous Cricketers With Wife and kids

Sunrisers Hyderabad lost to Royal Challengers Bangalore and Kolkata Knight Riders. Their previous performance shows that they were lack in batting and their pace bowlers are not comfortable with this game. They score only 142 runs from their 20 overs.

Sunrisers lost to Kolkata Knights because of normal batting tricks and powerless bowling. Virat Singh must be in the place of Wriddhiman Saha and they lack the power in middle-order.

Spinners should gain some wickets and make their overs critical. Pacers didn’t give a good performance and in this match they were expect to setback everything.

Both the teams have strong reasons and they will definitely struggle to won the match but the reasons are entirely different. Delhi Capitals captain Shreyas Iyer wants to make his way with continuous winning steps but at the same time Sunrisers captain Shane Warner wants this success to prove his team and to remove the pressure on them.

Match details of DC Vs SRH

During the match it will be hot and humid and there is no chance for rain. The temperature in Abu Dhabi is expected between 32 to 35 degrees Celsius.

Pitch is more favour for Spinners in this IPL counter and it will be easy for the pacers they will take some wickets too. But batsman one who scores above 165 in this pitch is really above par.

Match Prediction and Live Streaming of DC Vs SRH

From the previous matches we clearly know that Delhi Capitals is stronger than Sunrisers Hyderabad. With their strong openers if DC collapsed SRH’s lineup, surely DC will won the game.

To get more IPL Update News stay connect with us. 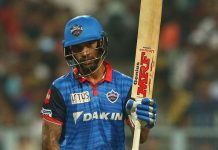 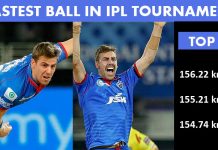 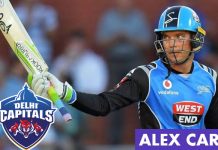 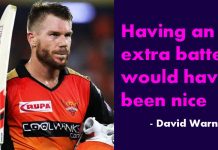