Kolkata Knight Riders going to face Chennai Super Kings in the 21st match of IPL 2020 tournament at  the Sheikh Zayed Stadium. IPL starts before few weeks and CSK is giving very poor performance in runs and also the partnership of Shane Watson and Faf du Plessis wants to set everything back.

CSK won only two games out of five. In their last game they against KXIP and gave a 10 wicket win against the Punjab. CSK was working confidently to grab their third success in this IPL tournament. They already played with KKR who won two of their four games. KKR gave a fabulous start during the match. With the players Nitish Rana and Shubman Gill KKR have largely settled unit and leading the way with bat.

They should prove themselves in front of CSK with their unique bowling attacks. Kolkata Knights Captain Dinesh Karthik and his team want to defeat against CSK and both the team KKR and CSK looking forward to won the match in Abu Dhabi. We can expect a fabulous performance at the Sheikh Zayed Stadium.

Abu Dhabi stadium assist both the pacers and spinners. When the pacers celebrating the pitch conditions with their new ball, spinners too grown in taking innings.

In IPL 2020 the first innings score was 168. Out of six matches, three matches won by the team which chooses batting first. After winning the toss both the team would expect to choose chase first and during the match due will play an important role which based on the weather condition.

Get more IPL News Stay connect with us. 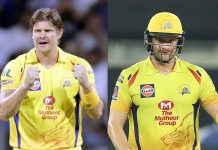 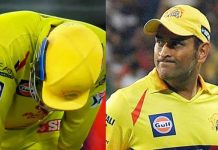