Mumbai Indians scores highest number of runs in this tournament. In their previous match Mumbai played against Sunrisers Hyderabad and won the match by 34 runs.

With their good bowling attacks they overcame their destination total 208. Quinton De Kock scored half a century for the team and also Ishan Kishan and Suryakumar Yadav’s support take the team to victory. The performances of their three middle-order batsmen were amazing.

In their last two previous games there is no changes made in the team by the captain Rohit Sharma. After the successful win he is ok with this selected team members.

The Rajasthan Royals batting line up have some big issues. RCB collapsed their top order batsman and they replace him by inexperienced middle-order. RR should think about changing their batting line up because Robin Uthappa was not in a good form.

The bowling tricks of the team Rajasthan Royals was also not effective. The occasional bowling attacks of Barring Jofra Archer, Shreyas Gopal or Rahul Tewatia didn’t make enough push for the team. The team is waiting for the arrival of Ben Stokes he will manage the team to withstand.

Due to some bad games Steve Smith was dropped to No 4 and his move will give a better balance to their batting line up. Robin Uthappa must be replaced by Yashashvi Jaiswal. The bowling of Jaydev Unadkat was not effective.

Match Details of MI Vs RR

The pitch of the Sheikh Zayed Stadium was comfortable to both batsmen and bowlers. Before giving the shorts the batsman must settle down and they have to set the target.

Keep Connect with us and get more IPL update news. 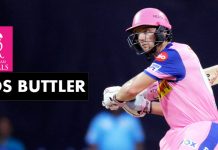 IPL 2020 : RCB Defeats MI in the Super Over and Made a Spectacular Match