IPL 2020 : The Barbadian cricketer Jason Holder reached United Arab Emirates to join Sunrisers Hyderabad. He was replaced in the place of Mitchell Marsh who got an ankle injury during the match.

The Australian star all- rounder Mitchell Marsh got his ankle injury while defeating Royal Challengers Bangalore. During bowling he came back to the field but later he turned to batting on chase. 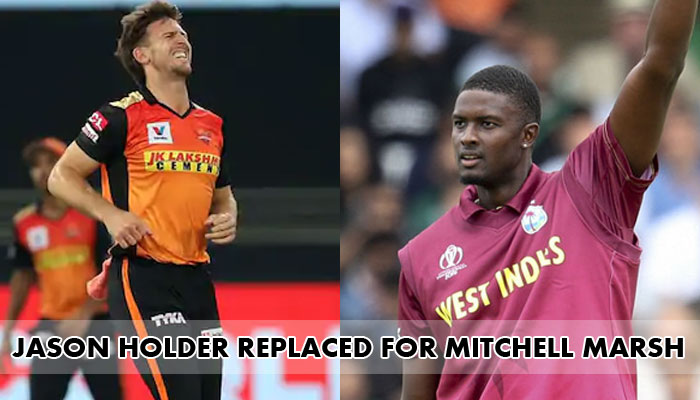 He gave forceful counters to the bowlers that show that he was in a great pain. After that, the skillful all rounder was not allowed to continue the rest of the tournament. The Right handed batsman and all-rounder Jason Holder is replaced to Mitchell Marsh.

In this 13th season SRH faces RCB in their first match and they totally feel difficulty in the run-chase. SRH looking forward to won this second game.