Ishant Sharma, is an Indian cricketer who plays Tests, ODIs and T20Is for India. This right arm fast medium bowler joins the Indian team for the South Africa tournament in 2006-2007 at the age of 18. He was nicknamed Lambu during his Under-19 days because of his lean appearance. He was named as the fifth youngest player to take 100 test wickets in 2011.

In 2013 he becomes the quickest Indian bowler to collect 100 ODI wickets against South Africa. For his extreme performance in cricket he was awarded Arjuna by the Indian government in 2020.

Ishant used to play for the Kings XI Punjab team Later he was bought by the Delhi Capitals in the 2018 IPL auction ahead of the 2019 Indian Premier League. He was considered as the fastest bowler India ever had and the team will missed his presence due to some problems like wrist positioning, injuries and dwindling pace. Ishant did his last ODI for India and because of the tough match he failed to make good progress for his team in 2016. 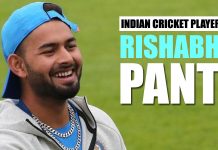