Jason Roy is an English Cricketer who born in South Africa, he plays for England in all formats. He was the part of the 2019 squad when they won the Cricket World Cup. As a South African he was always compared to Kevin Pietersen. In ODI cricket he scored 162 runs against Sri Lanka and become the highest scoring English Batsman in ODI Cricket. 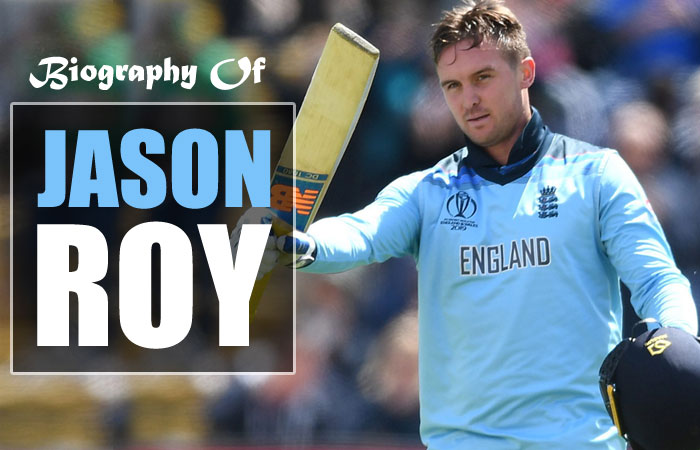 Jason born in South Africa but after reaching his age 10 his family shifted to England. He did his schoolings in The Hawthoms School, and later moved to Whitgift School. From his school days he completely dedicated himself to cricket and he was well talented in that game. He represented Surrey in age group Cricket and Academy level in Under-11 to Under-19.

In his school days he was excellent in sports science and business management. He was also placed at St. Mary’s University College, Belfast and he used this opportunity to build his career in cricket. The ambitious player works from the age of 9 for his loving cricket ambition. Other than cricket he also had interest on beach surfing, Playing rugby.

Right handed batsman rolled as a middle order in first class cricket and opener in Limited Overs Cricket. In the year 2014 he did his T20 Cricket debut and after his unhappy performance in 2015 World Cup he was called to play for the England team. In his IPL career in the year 2017 he was selected by Gujarat Lions for 1 crore. Next year he was bought by Delhi Daredevils for 1.5 crore in the IPL auction. In 2020 he was selected by Delhi Daredevils but he left the game due to some personal reasons. The all-rounder Daniel Sams was replaced in the place of Roy.