Football : Lionel Messi has not travel with his team to Merida for the match with Venezuela in the another round of regional qualifiers. 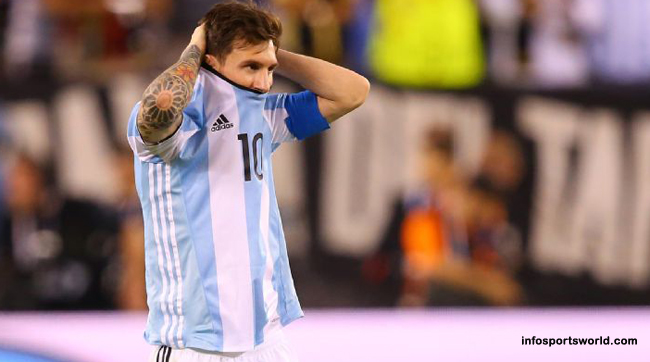 Linoel Messi he had gone back on his retired decision after their Copa America final defeat in June, 1-0 home win over Uruguay on Thursday that sent Argentina to the top of the South American group.

Bauza told reporters, “He(Messi) can’t able to play,because he has inflammation and still feels pain.So we can’t take risks at this moment.”

Messi told reporters after their win, “My groin is really hurting a lot, from before this match”.”I would like to be in the team always, but there are lot of important matches coming up in the club and country.”