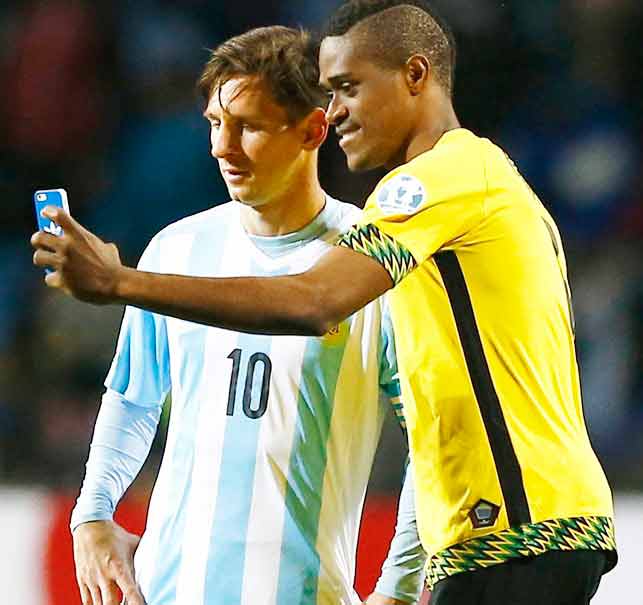 Argentina’s Lionel Messi won his 100th Argentina cap when he started the Copa America Group B match against Jamaica on yesterday (Saturday).