This case is against for Soccer Super star Cristiano Ronaldo for genetic material found on a dress of a woman who accused him of raping her in 2009.

For this historical case warrant has been issued by Las Vegas police to obtain a DNA sample from Soccer (Football) Super star Cristiano Ronaldo.

Position of the Case:

Recently (Yesterday) this investigation has reopened by Las Vegas police last fall after the woman, Kathryn Mayorga, while she went public with the allegations in month of September, claiming Ronaldo.

The soccer world super star allegedly paid the American model turned teacher hush money to the term of $375,000.For this Kathryn Mayorga said she later reconsidered in the attempt to expose the Portuguese striker Ronaldo.

Ronaldino Tweeted regarding this case in twitter, “Rape is an abominable crime that goes against everything that I am and believe in. “Keen as I may be to clear my name, I refused to feed the media spectacle created by people seeking to promote themselves at my expense.”

The Attorney for Ronaldo,named as Peter Christiansen and he declined to the comment on Wednesday regarding the Las Vegas warrant.

The attorney for Kathryn Mayorga and a police spokesperson in Las Vegas also did not respond to their requests seeking comment. 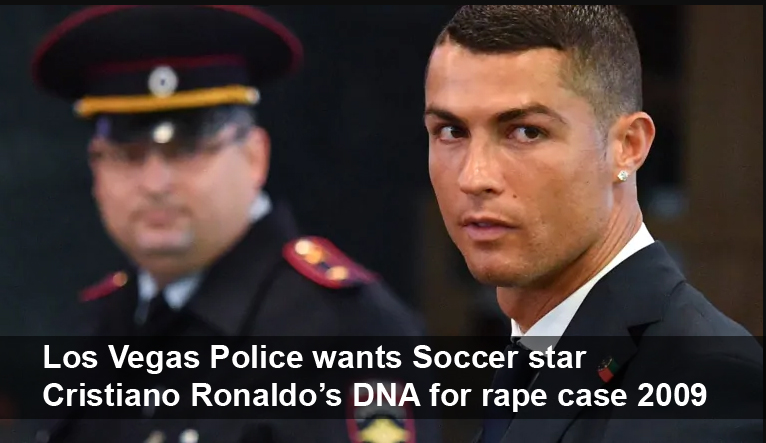 Important Tweets of this case:

Ronaldo “told me if I dated anyone else or if I left my house he’d have me kidnapped and have my body cut up and put in a bag and thrown in a river,” Jasmine Lennard wrote in a series of since-deleted tweets. “He’s a psychopath.”

The next level of this case is, now investigation is ongoing, it remains to be seen what the results of the DNA test will be given . Depends upon the result the case will be move and how it will affect the process.