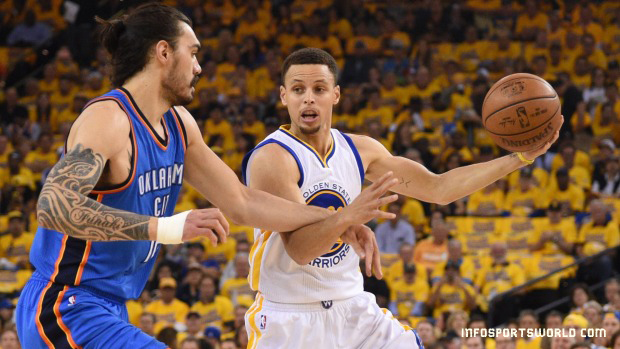 The Oklahoma City Thunder routed the Golden State Warriors as 133-105 on Sunday, May to take a 2-1 in the Western Conference finals.In this 133 points were a Thunder playoffs best record and the most points scored by any team this post season.

Durant scored totally 33 points on 10-of-15 shooting from the field and 12-of-12 from the free throw line with eight rebounds and three blocked shots as well.In the West brooks tallied 30 points and 12 assists and he was two rebounds away from his first triple double of the post seasons as best.