The New Zealand Cricket says this message will goes to Jofra Archer for the apologies due to fan racially abused Archer from England at the end of the first Test match. 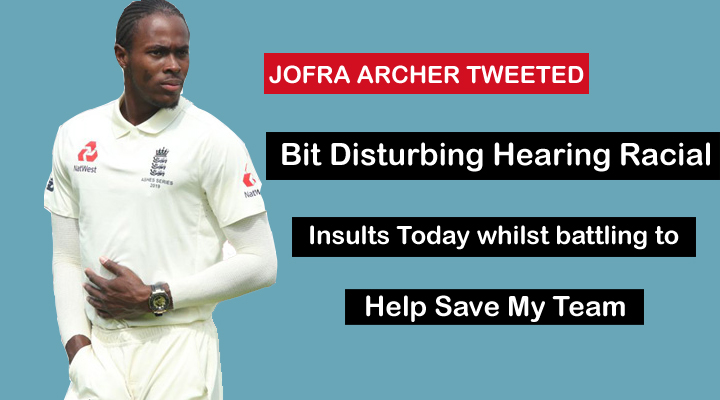 Once the first test match between New Zealand vs England completed and NZ won by Innings and 65 runs. After this match Jofra Archer, who is black, has racist abused by one of the fan.It was really not able to find the person who made this abuse and we will make further inquiries soon.

New Zealand Cricket said, “It was an unacceptable experience to Jofra Archer” and we promised it won’t happen again for the second test in Hamilton.

Jofra Archer tweeted,
For this incident was a “bit disturbing hearing racial insults today whilst battling to help save my team – Archer.”

This is the first time Archer playing test outside England and he took 107/1 in New Zealand’s first innings and made 30 runs in England’s second innings of 197 runs.

Kane Williamson Captain of New Zealand said, He would seek out to Archer to apologize in person ahead of the second test in Hamilton.