Cricket : Pakistan become the number one Test team for the first time in the history since the International Cricket Council(ICC) rankings were introduced since 2003. 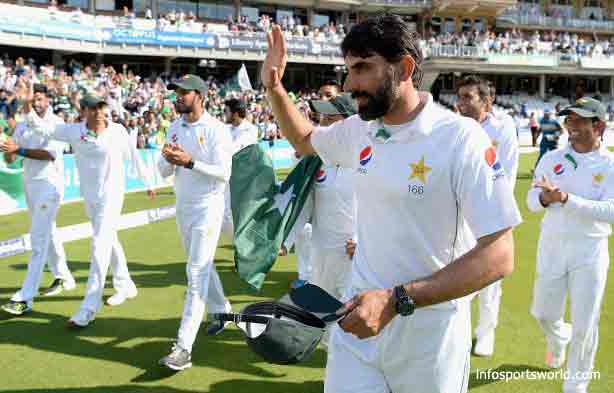 Pakistan has drew their last recent Test series against England cricket team are the fifth team to top the rankings. Captain Misbah-ul-Haq said,”As for me and us, the number one ranking is not a destination but part of a journey,”

Pakistan Team has named the number one side after the Test between India and the West Indies at the Port of Spain was abandoned due to rain.

Now the second ranking in India with 110 points, while England and Australia are in joint third place on 108 points.