Ravichandran Ashwin is an Indian International cricketer and an all-rounder. He was a fastest Indian Bowler who plays for Tamil Nadu in domestic cricket. In Test cricket he made a record of winning 350 wickets and in 2016 he won the ICC cricketer of the year award as a third Indian player. In 2014 Indian government honored him with India’s highest sporting honor Arjuna award. 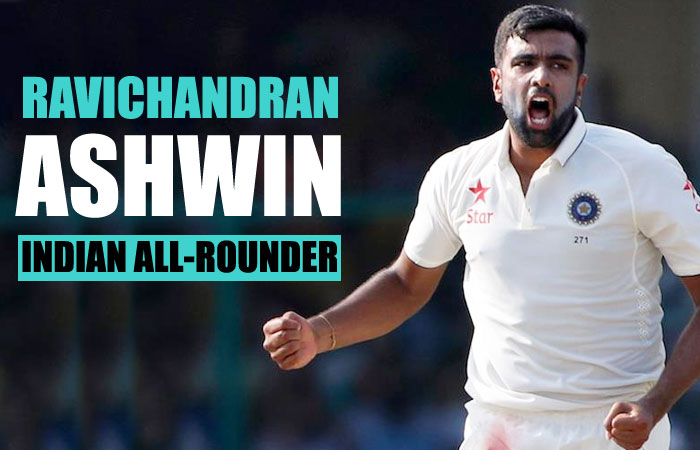 Ashwin born in a Tamil family and lives in Mambalam, Chennai. His father was a former fast bowler in the cricket club. Ashwin completes his schoolings in Padma Seshadri Bala Bhavan and St. Bede’s Anglo Indian Higher Secondary School. He was a B.tech graduate and completes his degree in SSN college of Engineering.
In the beginning of his cricket career he wants to become an Opening batsman. But in his 14th age he faced an injury in his hip bones and it breaks all his dreams. Later he decided to become a fast bowler, but because of his mother’s advice he dropped that idea and focus in a spin bowling. That idea really works on him and soon he received a call.

In 2006 he made his first class debut for Tamil Nadu and his team won the cricket world cup 2011 with his contribution. His part of IPL begins at the year 2009 with Chennai Super Kings and the team won the title in both years 2010 and 2011. In 2016 and 2017 CSK got banned and he participated in the Rising Pune Supergiants in the year 2016. In 2018 he was picked by Kings XI Punjab for 7.6 crore and later he was appointed as the captain of the team. In 2019 he was bought by Delhi capitals in the IPL auction and he continued there in 2020.