Tennis : Serena Williams won her 750th career match and she is stay on track for her ninth Miami Open title while she beat Zarina Diyas of Kazakhstan 7-5 6-3 in the third round in Florida on Saturday 26 2016. 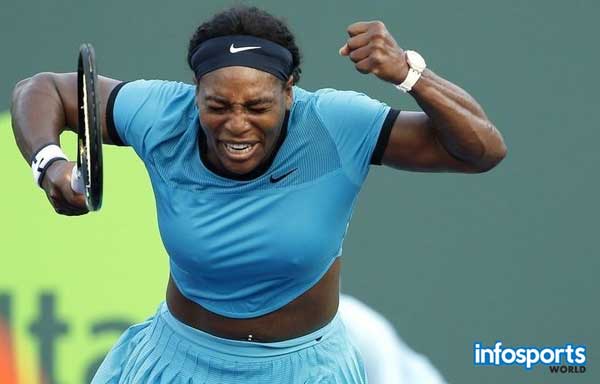 The 34 year old Serena will meet Russian Svetlana Kuznetsova in the fourth round of miami.

But Unlike the last time while they met, that time Williams need 54 minutes and Diyas won just two games, the 22 year old Kazak gave the American some trouble in the heat and humidity of Miami.

Serena Williams jumped out to a 4-0 lead in her second set, only to see Diyas rally and win three straight games.

Williams said, “I think she called her coach and they used a different strategy”.