Cricket : Pakistan’s T20 captain Shahid Afridi said on Wednesday came out in more support of any resumption of cricket ties with Indian cricket team, wherever and whenever a series is played the show must go on, irrespective of politics. Afridi said, “Wherever or whenever, cricket should go on.” 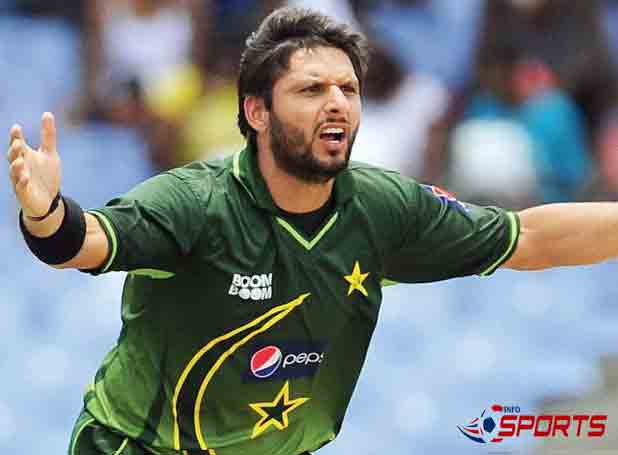 Last sunday, top Pakistan and Indian cricket officials met in Dubai,they agreeing to play a short limited over series after getting permission from their respective governments. Before that, both Indian and Pakistan boards agreed to play six series between the year of 2015-2023 under an agreement signed they
last year.

The series consists of two tests, five one-day and two Twenty20 matches,but these get troubles over strained relations between the two countries. Shahid Afridi, who played India in the year of 1997, 1999, 2005, 2007 and 2011, says people in the both countries want to watch the game. “It will be really matter of great happiness if India comes to Pakistan in this difficult situation.