Stanislas Wawrinka is a Swiss professional tennis player, he reaches the World No. 3 in singles ranking ATP for the first time in 2014.At the mean time he was ranked No 1 in his country Swiss. He won three Grand Slam titles by defeating the World No 1 in all the three matches. He also won 16 ATP singles titles. In 2014 his Swiss team won the Davis Cup and in 2018 with his team mate Roger Federer he won the gold in Beijing Olympics doubles. His three Grand Slam titles were at 2014 Australian Open, 2015 French Open and 2016 US Open.

Stan Wawrinka Childhood : He born to a German father Wolfram and Swiss mother Isabelle and he has citizenship in both countries. He starts playing cricket from the age of eight and he stopped his schooling at the age of 15 to practice tennis full time. He turned into professional when he was 17 and after 5 years he holds a place in the top 50 ATP Players. He became professional in his very young age but he won his First Slam Title and First Masters Title in his 28th age.

He made a successful mark in his junior career, in 2003 he won the junior French Open and raised his rank to No.7 in junior world rankings. In 2005 he made his debut Grand Slam match in French Open and he had his first singles final at the Swiss Open but he lost to his opponent.

In ATP doubles 2013 he and his team mate Marco Chiudinelli was defeated for 7 hours and 2 minutes and it became the second largest ATP match ever. In 2013 US Open he reached the semifinals but unfortunately he lost to Novak Djokovic. Later in 2014 Australian Open he defeats Novak Djokovic in the quarterfinals. In 2019 he was described by John McEnroe” the best one-handed backhand in the game”. The Economist described him as “Tennis great Latecomer” because in his tennis career he became famous very lately. 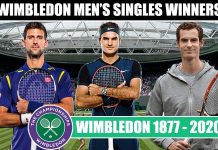