The Britain Adam Peaty was qualified in the Tokyo Olympics and it was confirmed by the Team GB on Wednesday. Adam Peaty is the world record holder for 100m. He won the 2016 Rio de Janeiro in his Olympic debut and become the first British athlete to win the gold.

The 24 years old got selected in the initial short list of Tokyo Olympics along with other 3 swimmers. The other three athletes were Duncan Scott, who won the silver in Olympic relay for two times, James Wilby and Luke Greenbank did their debut match in Olympics.

Also Read | Beautiful Cheerleaders From all Over the World

After scheduling the British championship the participation of others will be confirmed and the match will host in April at London. In the month of June we will have the other possible voluntary selection.

Peaty says that, “I feel very happy to be the part of the Olympic team.  Representing my country in my favorite field is always a great respect and honour”.

“We have to do lot of work from now but I have a great hope that the Olympic will have great success for the team GB”.

In the month of November Peaty completed the 100m world record at the International swimming league (ISL) final match in Budapest. Even in the pandemic situation he trained and took part in the league.

Because of the pandemic situation most of the swimmers faced a great difference in the training. Chris Spice, the swimming leader of Team GB felt sad for this condition and the other Olympic hopefuls will have a difficult period.

He said that, “To proof our present elite athlete group we have to work hard continuously but also we are worried about the contestants those who will not participate in this game. By the extension of the Olympic qualifying game we can try at least to reduce some of their worries”.

The four players those who named on Wednesday had posted required qualifying times at the 2019 world championships. 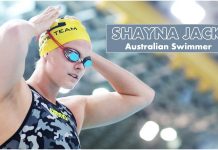