The International Cricket Council has successfully conceptualized the World Test Championship to make the test cricket very popular worldwide and introduced the world title for teams won the match.

There are loads of unique things about the world test championship. For example, the jersey of the cricketer features the Instagram handles of such cricketer. Cricketers will be allowed to play in their favorite shorts during the high temperature beyond 35 degrees Celsius. These major announcements from the ICC reveal the distinctive things in the test championship on the day of April fool.

Cricket fans wish to watch important moments of this sport as close as possible. Broadcasters will use the option to position their commentators on the cricket field behind the slips cordon. As a result, every viewer of the live cricket will get 100% entertainment and ensure about extraordinary benefits.

Cricket enthusiasts are willing to see the jerseys of their favorite crickets when Australia tour England for the Ashes starts 1 August. The first Ashes test match will be the first game for inaugurating the world test championship. This form of the uniqueness of the championship among other cricket tournament will make it very popular. This tournament will be played approximately two years from 2019 to 2021. There will be 2-match test series played during the West Indies’ India’s tour next month. This will be the beginning of campaign of both teams in the world test championship.

The first nine teams in the list of top test teams are required playing the six bilateral test series against teams mutually chosen all through the cycle of the championship. Three of these six series will be played while touring and remaining at home. Keep in mind that this tournament does not progress in the round-robin format when every side faces only 6 of 8 teams. Every series can have 2 to 5 tests and points on offer from every test series will be the same 120. These points will be awarded for the result obtained in every test match rather than the result of the Test series.

There will be 60 points for the win in the first test in the two-match test series. Both teams gain half of the points for a win when there will be a tie or no result. A team does not get any point when it loses the match. Cricket fans focus on this point system in detail and make a good decision about the upcoming world test championship. 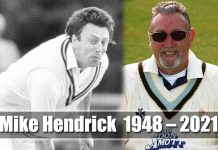