International Handball Federation(IHF) has been organized the IHF Women’s Handball World Championship from 1957 onwards. The most title winners are Russia and Norway, they earned 4 Gold medals each. At the begining stage totally 9 teams are participated in the Championship and the count has reached and 32 from the year 2021.

Keep connect with to get more Handball News and Updates. 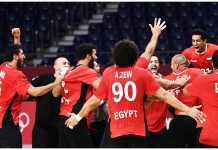